Today I suddenly realized one of the most important reasons why our students should blog – to stay connected to their peers.  While I’d always thought the primary value of a student blog was to reflect and connect with others outside of the classroom, today, the value of connecting from within became very clear.

One of my grade 7 students deals with Asperger’s disorder.  Due to issues with bullying, his parents moved from the big city to our small-town community, hoping that he’d have a more peaceful life in school.  He has.  My students quietly understood, accepted him, and made sure he was included in all activities.  It was beautiful to watch the grade eight boys convince him to play football.  Sweet.  During independent writing time, when the room was dead silent, he sometimes angrily spoke into his microphone while using Dragon Dictate.  “I said SCRATCH THAT!”  The grade 8 girls, sitting near him just smiled and kept working.  No dirty looks.

Last week, very abruptly, this student’s family moved from this community, a small village with a population of less than 1000, back to the big city (population in the millions).  While I certainly understand his parents’ reason for moving, it doesn’t dull the anxiety I feel for him as he moves back into a rotary system, his computer and scanner stored in a resource room.

Today, less than a week after his move, my former student blogged about the differences between his old and new home.  It’s clear he misses his old life, and is reaching out to his former peers.  From afar, we’ll encourage him to share the positives of his new school community.

I often thought of blogging as a way of helping students reach out to others.  While this student doesn’t have Facebook or a cell phone, he does have a blog that he set up in my classroom.  He is using his blog to reach back to us and maintain some social interactions.  I am so thankful he is still connected to us, and we to him. 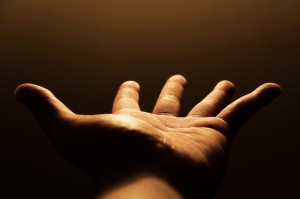 3 thoughts on “Reaching Back: The Value of Blogging in Middle School”